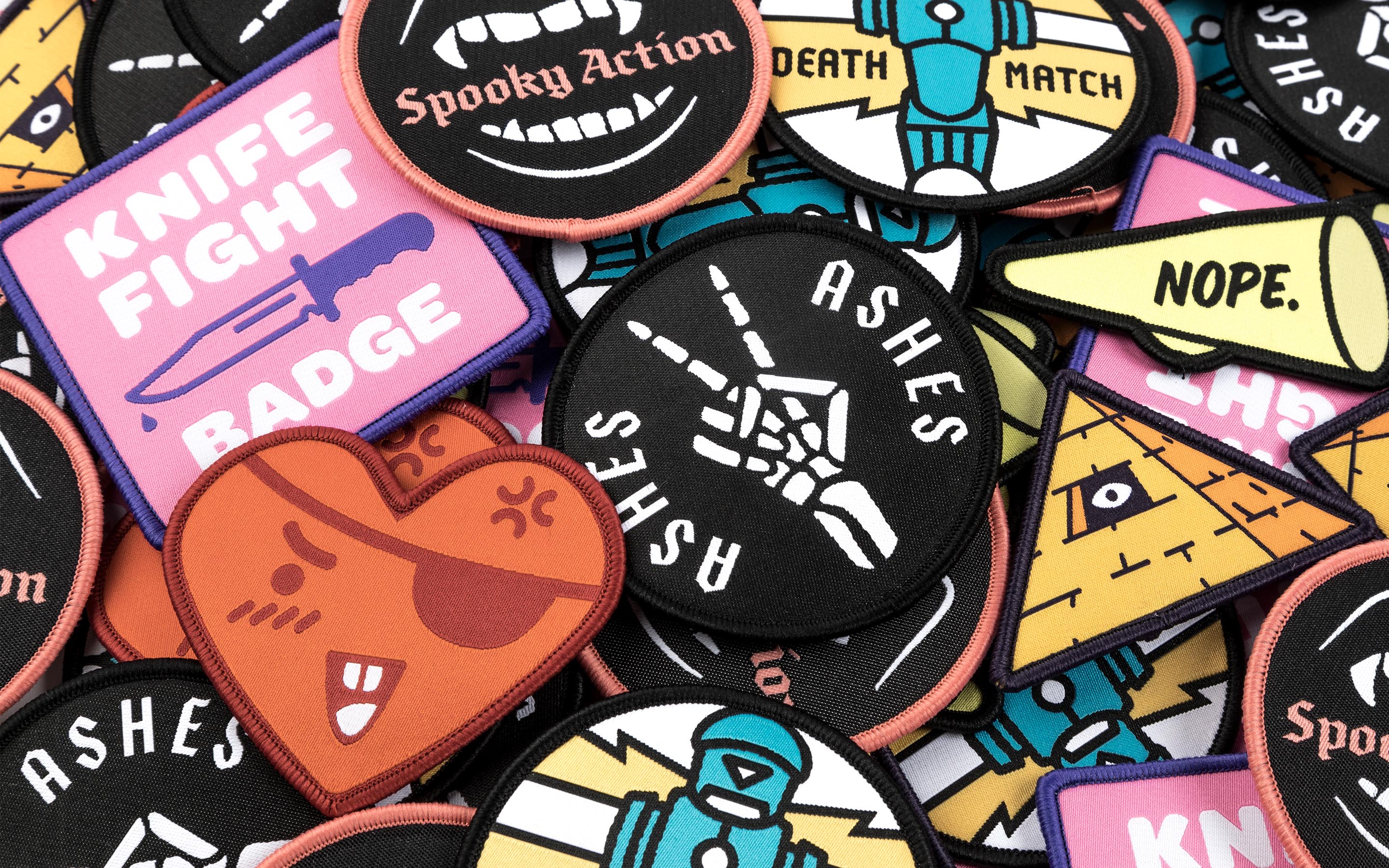 At Underbelly, we do a lot of product design work as the design team, but we also have other skills up our sleeves. I wanted to break up the days spent in Figma and break out notepads, iPads, and jump into some more traditional graphic design with a patch design for the team.

It gives us a chance to move away from the screen for a bit and eventually produce a physical product that we can share with our buds and put on the store.

I put together this quick brief and pitched it to the team members who had availability to hustle on the project. I set a pretty aggressive deadline so that we could time box the project and not have it take weeks to get to press.

The project was set to a few keywords, a description of the vibe/tone, 2–3 colors, and the size constraints. I've learned that the more precise we can be from the outset of a quick turnaround project that we can remove as many questions and get to making some rad patches. I also put together a fast mood board of some patches from around the internet.

Here's a mash-up of some of the sketches and explorations from the team, some good ideas, but each designer had to commit to just one.

Once every designer was leaving some good ideas on the cutting room floor, we landed on these seven to move forward towards getting them press-ready.

We spend a lot of our time on screens, and it's very forgiving. You can make a mistake and quickly push the change live, but as we know, print is forever, not just diamonds. I went through and made a proof sheet template for each designer to use when prepping their file for the press.

It was a new thing for some designers to get their files ready for production. I've used a form of proof sheets for years. First, learning about using these and their importance when real dollars are at stake, nothing like having boxes of products show up on the truck with a significant typo and unloading boxes directly into the trash. Ask me how I know…some lessons are learned through experience. Measure twice, cut once is the name of the game.

Once the patches came in, I wanted to take the time to photograph them all intentionally with props and scenes. Some of the designs lent themselves to a strong visual direction. I'm particularly excited about how the Spooky Action patch turned out. That's fake vampire blood captured in-camera with that drip at the right moment.

I wanted to rep my favorite creature of the night with a patch that looked tough but was still a bit soft and seductive. The phrase ‘Spooky Action’ is a reference to the film Only Lovers Left Alive, which has a killer soundtrack in case you’re looking for something new to listen to. —Autumn Mariano / Director of Product Design

The love for foosball at Underbelly is very evident in how often it’s played and talked about. We’ve even gone so far as to create a custom Slack plugin that keeps track of everyone’s scores. This is a nod to those who will play to the death. —Tony D'Amico / Director of Creative Operations

I wanted to make something that felt like it had a secret society touch, but without taking itself too seriously. The all-seeing eye is a visual I’ve always loved and thought it’d be fun if the all-seeing eye felt a little trapped in his pyramid. —Matt Scribner / Art Director​

I wanted to create a patch that I would be happy to rep. Either ironically or un-ironically. Either way, I love the combination of the old school megaphone with the modern slang, and if you don't like it, then you can nope on out of here. —McKay Mattingly / Designer​

I thought about the brief, and in this tongue-in-cheek "underbelly" of a city, they would give out these cute girl scout merit badges for knife fighting. —Dave Keller / Creative Director

How can a heart be mean or bad? We wanted to make this cute heart into a bad one. —Tina Truong / Designer​

I initially wanted to make something funny, but I couldn't have ended up with a more opposite result. I'm a huge Halloween freak, and I've always been obsessed with skeletons and skulls. My approach to this patch was to make something that you could put on a bikers jacket or a bottle of poison! —Joe Johnson / Designer

I'm proud of what the design team put together on such a short turnaround. It's fun to see everyone flex other skills that what we do in our daily work. Plus, nothing beats to holding something you made on a screen; it never gets old.

I look forward to doing more of these kinds of projects in the future. If you're into these patches, you can hit up our store and snag some for yourself or buds.