The Power of Figma 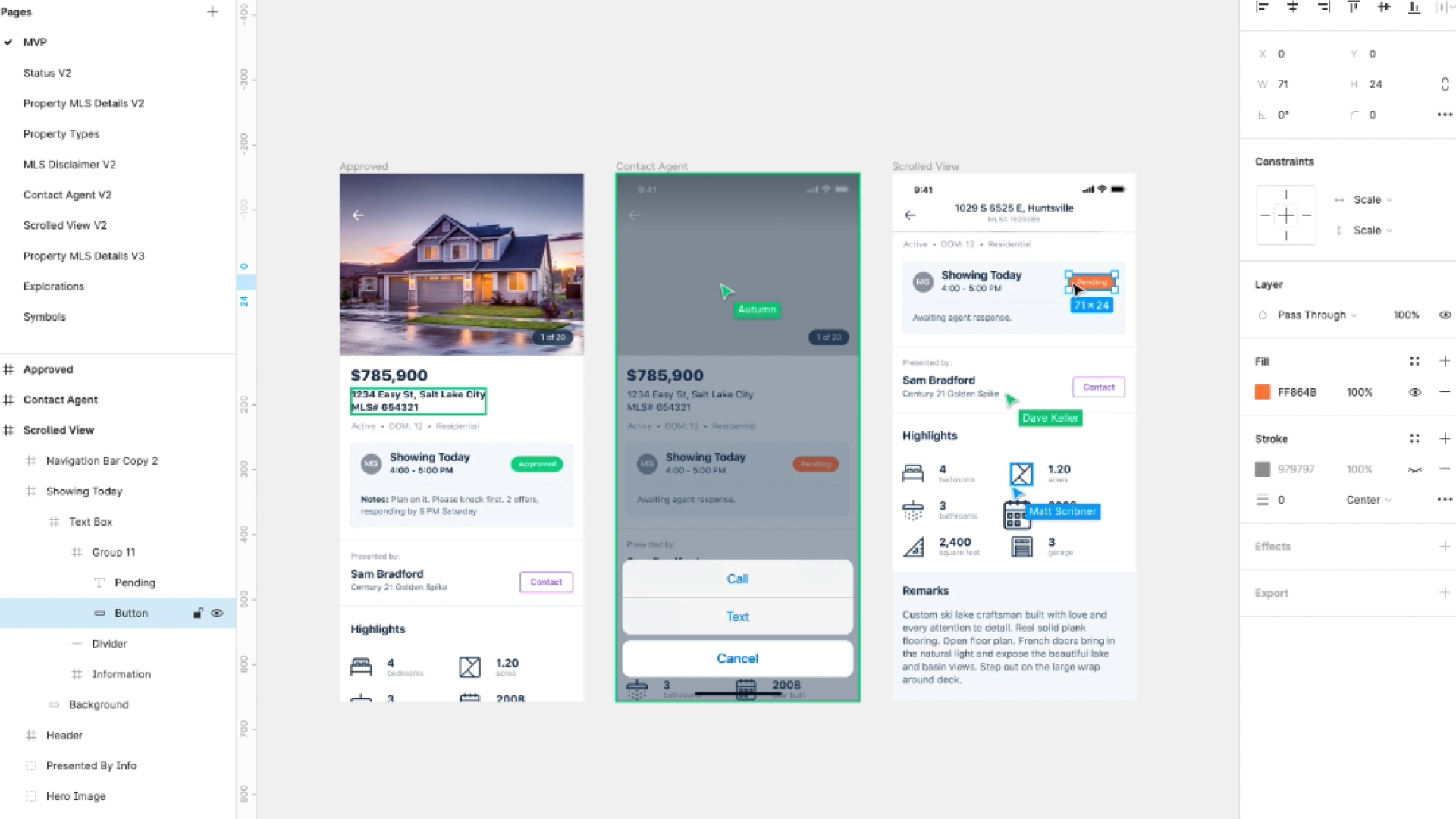 During the last 6 months, our designers have started to adopt Figma as their key design tool in lieu of Sketch. Many designers throughout the industry have been skeptical about making the switch because Sketch has been such a simple and solid tool, yet a massive leap from Adobe Illustrator. When I first heard about a “Google Doc version of Sketch” I was interested but also worried. What if it’s laggy like most web based applications? What if people can watch me working in real time? What if my documents get lost? How can it possibly have the power to do what I need it to? It wasn’t until we took the plunge that I realized the power of Figma.

There are a lot of great things about Figma! The five things I would like to cover are: Collaboration, Feedback, Prototyping, Plugins, and Power.

At Underbelly, collaboration is a key principle in how we make things better together. Especially during this era of working from home, Figma has made staying on the same page simple. Because it’s a web based application, you don’t have to worry about versioning or sending developers the most up to date design files. All they need is a link. They can hop in and look at designs you’ve made without sending files back and forth. This saves SO much time and confusion. During video calls, we often have the Figma file open so we can make changes in real time. This way, at the end of the call, you’re not left with a long list of things to do because they’re already done.

This brings me to my next point, feedback. With Figma, developers and managers can leave comments directly on the designs. This means no more screenshots, no more exhaustive notes trying to describe what you are talking about. Everything is in context and there is a resolve feature built in so you can keep track of what has already been discussed and what still needs to be done. Again, everything is all in one place so staying organized and making sure nothing gets missed is much easier. What’s more is that Figma has a free version, so sharing your designs with non-designers is simple. They can click on a link and see your designs without ever needing to download the application.

Figma also comes with a prototyping feature built into the application. This means no more In-Vision prototypes, no more having to export hundreds of PNG’s and no more having to pay for yet another software. While it’s not as robust as After Effects or Principle, it still lets you make simple walk-through prototypes with animations to help communicate your vision and the overall flow of the product.

Something that has always frustrated me about Sketch are the plugins. They always seem to be out of date, hard to install, and glitchy. With Figma, plugins are built into the application so it’s as easy as pressing a button. Not all of the plugins available for Figma are amazing, but they are centrally located and have been much more dependable, in my experience. They even have a sort of app-store style plugin center where you can see what’s popular and how many people are using it.

Last but not least, power. I have been so surprised at how well Figma performs. The files I have been working on are massive in size and it rarely lags. With Sketch, I had to be careful with how many artboards and layers my files had. At a certain point, I’d have to make a new one. I’ve never had to do this with Figma. You can even have multiple people working on the same file at the same time and it still runs smoothly. Working offline hasn’t been an issue either and knock on wood, I’ve never had Figma crash on me!

Figma has helped our design team improve our efficiency. Although this has only been my personal experience with Figma, and I can’t promise it will be the same for everyone, I would absolutely recommend it to anyone looking to improve their design process.